The Slower Than Dirt Old-Time Jam is a monthly jam especially for beginners. We'll learn a tune or three and get comfortable with jamming in a low-pressure environment.

Always free, open to all. Come join us! 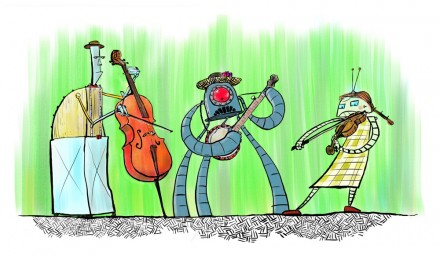 The Core Repertoire has changed as of January 20th, 2020. If you've got an older copy of the tune book, please download the latest version to get the new additions.

Get the new tune book

The February jam is in the meeting room of the Ballard branch of the Seattle Public Library, 5614 22nd Ave NW, from 2:00pm to 4:00pm on Saturday, February 15th.

Suggested tunes from the core repertoire to be played in February are:

To get email notification about upcoming jams or changes in time or venue, sign up for the spam-free announcement list. That’s an announcement-only list; if you want to chat about old time music or jam-related stuff, there’s a discussion list. (Also spam-free, in that we’ll never sell your address to anyone, and won’t spam you with ads ourselves.)

Sneak preview of tunes likely to be played in March: